20 Interesting WordPress Statistics and Fact in 2022

According to various studies to determine the best content management system (CMS), the research has shown that WordPress is among the top-rated and most used CMS. That’s because WordPress has many benefits that make people prefer it over the others systems.

According to the study’s results, WordPress has been voted to be among the best CMS software. Therefore in this article, we are going to discuss the 20 best WordPress statistics and facts that you should know.

Here are some of the most amazing WordPress statistics:

The amount of times a CMS is used is a great sign if you’re thinking about adopting it for your own website. WordPress is widely popular and heavily used by its users. According to WordPress.com stats which includes posts on WordPress.com sites and sites running the Jetpack plugin users publish 70 million posts a month. That is equivalent to 27 new WordPress posts published every second!

Plus many WordPress sites don’t even use the Jetpack plugin meaning the number is most likely much larger.

2. 43% of all websites are powered by WordPress.

One WordPress statistic that will shock you is the fact that 43% of all websites are powered by WordPress. This is according to w3techs which monitors technologies used on popular websites. With WordPress usage so high that might explain why WordPress has more plugins and a larger community than any other CMS.

3. 71 % of the content written on WordPress is in the English language.

The activity on WordPress.com displaying the top languages used to write content on WordPress shows that 71% of the WordPress content is written in English. The other languages that follow English are Spanish with 4.7% and the third being Indonesian with only 2.4 %. That shows that most of the users using WordPress are English speakers.

5. WordPress sites have a higher total traffic than Twitter.

Many people think that social media platforms, such as Twitter are more widely used than blogs. But the statistical data shows that this fantastic CMS software. According to research done by Comscore, it shows that the unique visitors of Twitter is around 107 million, while WordPress blogs get over 409 million visitors a month. Many people could not expect such a high number of visitors.

6. WordPress is available in over 100 different languages.

7. Searching for “WordPress” in Google returns over 3.7 billion results.

Everything that WordPress entails including themes, plugins, and tutorials offer tons of results on Google. With over 3.7 billion results in Google you know that nearly any question you have about WordPress will yield a result.

8. Every month “WordPress” is searched for 2.4 million times

Different data analysis tools have been used to determine the number of times WordPress has been searched every month in search engines. The results show that in every month, WordPress is searched by a very high number of people as compared to the other CMS software.

According to the data on ahrefs, WordPress is searched 2.4 million times every month. In comparison Drupal is only searched 134,000 times a month.

Additionally you can see the Google Trends for comparing WordPress to other CMS platforms.

9. Every 6 months more than 1 million domains are registered using WordPress.

According to statistics by BuiltWith in 2015 WordPress was power 1 million new domains every 6 months. This is most likely due to the very minimal processes involved with registering a WordPress domain.

Some of the main primary reasons why people love this CMS software is due to reasons such as convenience and simple process for establishing an online presence. Whether you’re making a blog or website for your business WordPress covers most use cases when creating a content driven site.

Whether you’re using WordPress.com or self hosted WordPress it’s extremely easy to setup a WordPress site.

According to the statistics given by Akismet, they show that the Akismet WordPress plugin stops 7.5 million spam messages every hour.

In 2015 Akismet also indicated that the number of legitimate comments is 29 times lower than that of spam messages. That means WordPress get very many unsolicited messages from different spammers so using an anti-spam plugin is extremely important.

11. WordPress is used on over 30 million websites

You might ask yourself how many websites use WordPress, well according to BuiltWith that number is over 30 million websites. With this number increasing year over year it won’t be surprising when WordPress surpasses 40,000,000 websites.

12. One WordPress theme has earned over 35 million dollars.

Another surprising statistical fact about WordPress is the Avada theme sales. Avada is one of the most purchased WordPress themes. This theme has sold over 600,000 copies at a price of $60, thus enabled their team to make over $35,000,000.

If you are not running the latest version of WordPress we highly recommend updating to avoid any issues with your site.

15. WordPress has hosted over 1000 WordCamps

WordCamps refer to the locally organized conferences that cover all things related to WordPress. The WordCamps are very essential since they provide WordPress users with the best knowledge about this CMS software. Since the first WordCamp that was conducted in 2006, over 1000 have taken place since then.

The latest version of WordPress 5.6 has been downloaded over 61 million times according to their official counter.

That means if you have a feature you want to add to your WordPress website there is most likely a WordPress plugin available.

The statistical data shows that Amazon has 566,000 employees in the world. The surprising fact about Automattic (the team behind WordPress.com) is that they have been able to manage all those arduous tasks with very few employees. That means the employees for WordPress are committed to serving according to the great work they do regardless of their small number. WordPress employees are located in various parts of the world and manage to do their job very well.

19. The WordPress market share rises up by 5.6% every year

According to various statistical findings of the market rise of the world press every year indicate that in contrast to Joomla CMS, the WordPress market rose by 5.6 % every year.

Another fantastic fact about WordPress is that this tremendous CMS software denied the government request in the year 2022 in July.

WordPress.com has received over 100,907 government takedown requests and has only taken action of 29% of them. They publicly display this figure on their intellectual property page.

We hope you enjoyed this list of the best WordPress stats that everyone should know.

Have an interesting fact about WordPress you’d like to share? Let us know in the comments below! 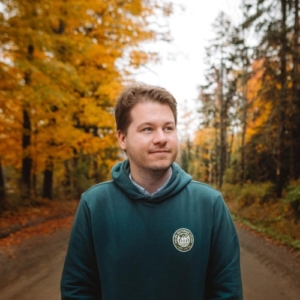 Andy has been a full time WordPress developer for over 10 years. Through his years of experience has built 100s of sites and learned plenty of tricks along the way. Found this article helpful? Buy Me A Coffee

Contents
1. WordPress users create 27 new posts every second.
2. 43% of all websites are powered by WordPress.
3. 71 % of the content written on WordPress is in the English language.
4. WordPress developers earn an average of $71,000.
5. WordPress sites have a higher total traffic than Twitter.
6. WordPress is available in over 100 different languages.
7. Searching for “WordPress” in Google returns over 3.7 billion results.
8. Every month “WordPress” is searched for 2.4 million times
9. Every 6 months more than 1 million domains are registered using WordPress.
10. WordPress stops over 7.5 million spam messages every hour.
11. WordPress is used on over 30 million websites
12. One WordPress theme has earned over 35 million dollars.
13. 35% of the top 10,000 websites are powered by WordPress.
14. 45% of WordPress installations use the latest version of WordPress.
15. WordPress has hosted over 1000 WordCamps
16. WordPress version 5.9 has been downloaded over 61,000,000 times.
17. 59,563 WordPress plugins are currently available.
18. WordPress contains 500 times fewer employees as compared to Amazon.
19. The WordPress market share rises up by 5.6% every year
20. WordPress.com has denied 71% of government DMCA requests.

Get the latest from SmartWP to your inbox.